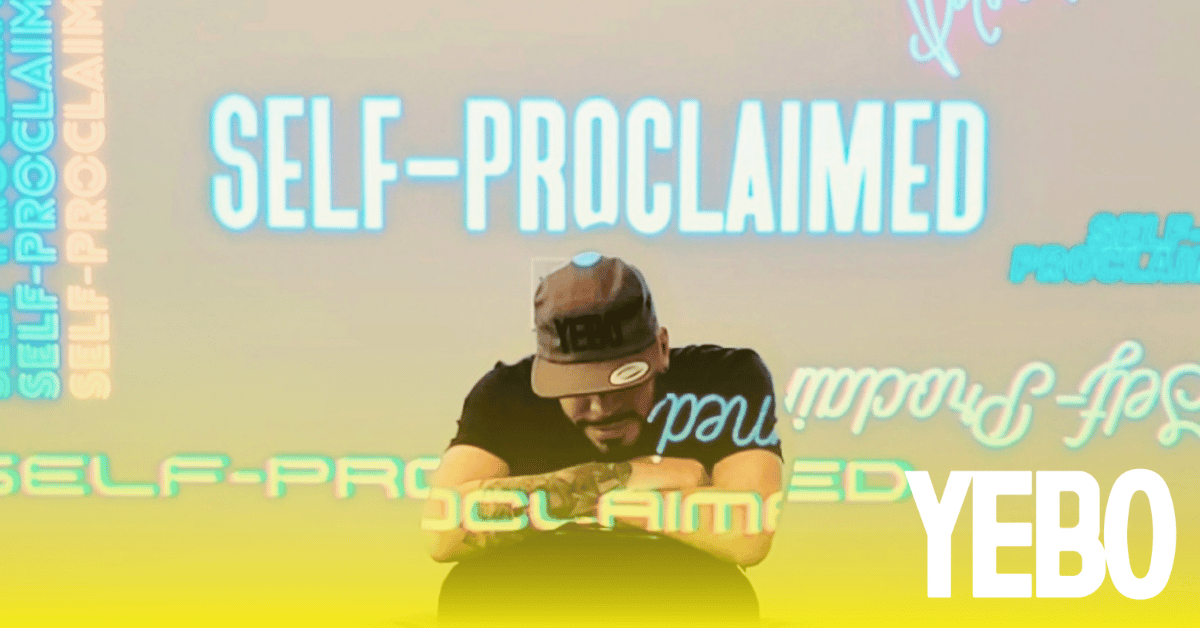 I open my eyes from a deep slumber. A glow radiates from my bedroom window, while a chorus of chirping birds beckons me to consciousness.

I’m in the period just after a deep sleep where the brain struggles to decipher dreams from reality. As I try to shake the fog away, I remember scenes from the previous day – conversations tucked in my memory like relics from a parallel universe. Exhuming them brings a heaviness over my body.

While I wait as the coffee brews in the French press, I remember something my friend, Paul Clifton, said to me the previous day.

“Being your own boss is bravery,” Paul said, twisting his dreads.

He heard that line from Talib Kweli’s new memoir, and he told me to remember it in times when I feel stressed or worried about my work. Times like these.

I watch a squirrel prance across a fence outside my kitchen window. Clouds roll across the sky and cover the sun, dimming the room with their umbra. I take a deep breath and return to making the coffee.

I’ve been working with Paul for a couple of years now. We’re both entrepreneurs building youth programs in our communities. We have many things in common, especially our love for media and music – we’re both hip-hop heads. He offered me that Talib line after I mentioned to him I was struggling with embracing my new role as founder and executive director.

A couple of days ago, I received a significant grant and a prestigious fellowship. I’ve been riding high since then, but something has been gnawing at me, making me uneasy with all this success.

I finish pouring my coffee and walk into my living room. I’m a slow riser and usually take time in the morning to read or listen to jazz on my record player. I remember the record Paul gave me yesterday just after our conversation about work.

We just wrapped up teaching an elective class together when I told him about the grant and the fellowship. I was afraid of managing a large amount of money and being on the national stage in our work. Sure, I was proud of it all, but it felt like I was moving away from the real work with the kids and the community. I felt I was becoming something different.

“I got you homie,” Paul said with a smirk. He went into his office and returned with a vinyl record. “Give this a spin.”

I take a sip of the coffee and savor the bitterness. Steam wisps from the cup as I sit it on the counter next to my record player. I grab the album Paul gave me yesterday, carefully removing the vinyl from the cover and placing it on the turntable. I lower the arm and my ears embrace the crackling from the needle hitting the record.

I pick up the record cover and examine the artwork. It’s by some artist named Oddisee and there’s writing that looks like Arabic. I begin searching the cover for symbols I’m familiar with, and then I spot a word in yellow at the bottom of the cover. “Alwasta”, it reads.

I realize the record is still crackling and hasn’t played yet. I readjust the needle, looking for the grooves that signify the start of the record, but I only see what looks like a track’s worth of content on the vinyl. A single song on the entire record seems weird, so I flip the cover over from the artwork and read the promotional material on the back.

Alwasta is a 2016 EP from Oddisee, a hip-hop artist from DC. The word “Alwasta” is Arabic, meaning “the plug”. The album description says the term is used to describe a member of the community who acts as a connector using their wealth of social currency. The lone song on the vinyl Paul gave me is titled “Strength & Weakness”.

I’m intrigued, and just as I begin wondering why Paul had this album stored in his office, the track begins to play.

The bass enters hard with a melodic synth and symbols layered over. A few moments later Oddisee’s voice comes in, rich and smooth. I nod my head, immediately catching the groove. There’s a tingling crawling up my back and I feel blood rush to my face. The bassline drops, and I’m hyped now, dancing and hopping along with the beat. It’s early, but I’m a whole damn vibe.

The sunshine returns, piercing through the windows and makes a shadow of my performance. I watch my silhouette hop and bob, arms gliding on the walls and over the couch. In this moment, as I bask in the rhythm and rhymes, I feel my raw power, my brilliance, and all my recent success begins to hypnotize me, soaking me in pride and glory. The heaviness has lifted and I feel every bit of my excellence, and then a voice fills the room:

The voice is familiar but not Oddisee’s. It makes me uneasy because the voice is still rapping to the beat, as if Oddisee passed the mic in the middle of his verse. The voice sounds familiar and I stop dancing to focus on where I recognize it from. Just as it hits me, I see my shadow from the corner of my eye start dancing again. But me, my body, I’m standing still as a stone, alone in the room.

I turn my head to look at the shadow and I see dreadlocks whipping through the air. It’s Paul’s silhouette but without his physical body. I look around the room to see if Paul somehow snuck in to play a prank on me. Nobody. I want to panic but the silhouette doesn’t quite feel like a ghost. It feels like Paul. A friend.

I look back at Paul’s figure and it stops dancing and walks to the center of the wall. The music hits a lull, the period between the choirs and the second verse. Paul’s silhouette points his finger at me and he begins rapping:

“What would you do if you knew
you could get away with
Anything you wanted to as long as
people wanted something from you?”

I don’t know if he’s talking to me so I don’t answer. He points at me again and opens his arms like he wants me to reply. I ask myself, what would I do if I could get away with anything? I start thinking about the medley of possibilities of how I could wield my newly earned power as an executive. All the money, all the connections, the access, a million ways to manipulate the system for my personal gain. I think of all the resources I can hoard for myself.

A gust of wind blows branches against the window, causing Paul’s silhouette to fade for a moment, and then he reemerges dancing and continuing his flow:

The bassline hits harder and I feel myself leaning into this bar. The words pull me in, inviting me to question my motives as a leader. Do I want to use my powers to control others? Am I willing to achieve my goals at any cost? And what does it mean to lose myself? The heaviness returns as I start to wonder whether or not I’ll develop into a leader I’m proud of.

It wasn’t long ago I talked to Paul about a school administrator from Georgia who went to jail for embezzling hundreds of thousands of dollars from their school. We know the game, and we know there’s more than one way to play it. Far too many times we’ve been impacted by those who decide to lie, steal, and cheat their way to prominence. But Paul always says we’re no less powerful than them. We just need to decide to use our lightsabers towards a different end.

Paul’s silhouette bounces to the rhythm of the song’s beat. The shadow of his head turns to me, and he’s spitting off more rhymes:

“So I stay open
reply to calls, fly or fall,
all in all.”

Knowing Paul and how he uses his platform of influence, this feels like a declaration. He’s always available to talk, and he’s someone who actually listens. I admire how, through all the drama and strain of working in a school, he still finds ways to use his teaching powers to uplift the voices and stories of his students. Paul produces a podcast with them, and not only is it a dope project, it’s a microcosm of him as a person – he’s always connecting people to each other and he’s always pushing others to recognize their brilliance. And I’ve never met a person who felt stressed or anxious leaving a convo with Paul.

I take in the tunes and think about how I want to make people feel, how I’d want my future employees and participants in my work to feel after being around me. Musing on this, I’m reminded I have a choice in this whole thing. I can use my new power and influence as a destructive force or I can use it to connect others to opportunities and their own humanity, like Paul does.

The song is moving into the last chorus when clouds drift over the sun again. Paul’s silhouette begins to fade, his wavy dreads dissolving into the wall, then his chest, his legs. His voice drifts off, and he’s gone.

Oddissee’s voice returns, picking up the chorus where Paul left. His flow is harmony, he utters his last lines as if he’s speaking to someone he loves:

The song ends and the record spins to a scratch, once more. I lift the needle on the record player, return the vinyl to the cover, and read the promotional material again. I smile. Alwasta, I whisper. The Plug. There’s something there, I think.

My coffee is cold, but I don’t mind. I walk to the kitchen and dump the remains into the sink. I’m about ready for the world now.

I turn my phone on and search the Voice of Montbello, the podcast Paul produces with his students. As I hear the Montbello High School marching band play the intro, a declaration hits my tongue:

I have power. I will use that power to connect others to
belonging, wellness, and independence.
And the world will call me
Chief Plug.

“The child in each of us knows paradise. Paradise is home.” – Octavia Butler 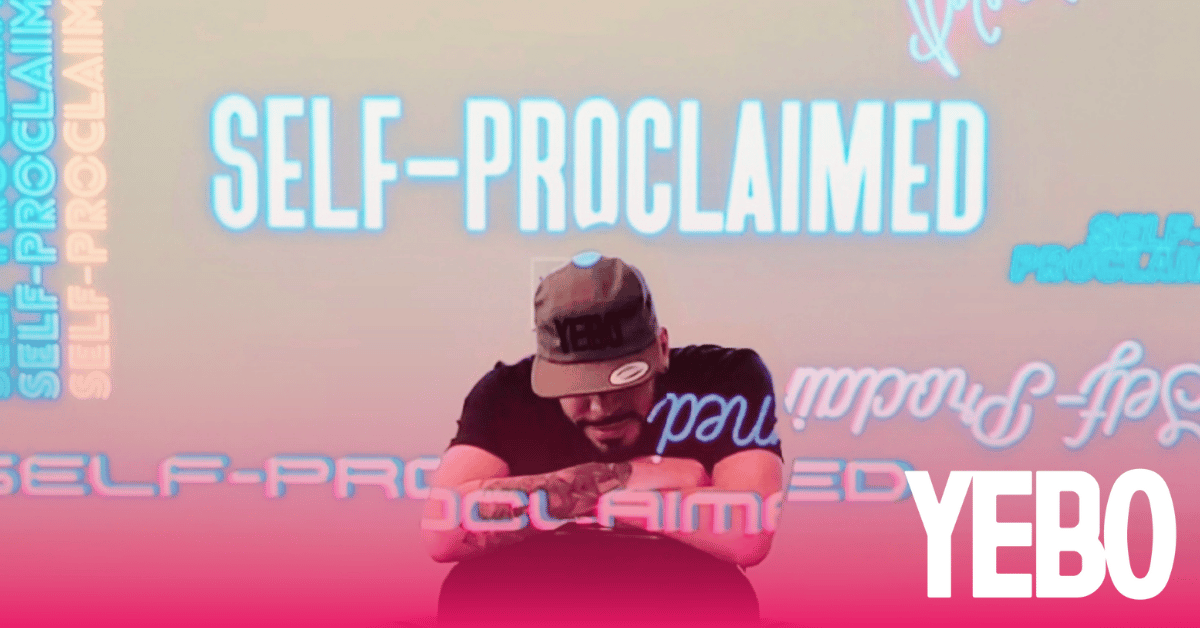 And that’s the central issue, here, the body and the racist proclivity to fetishize and control Black bodies.